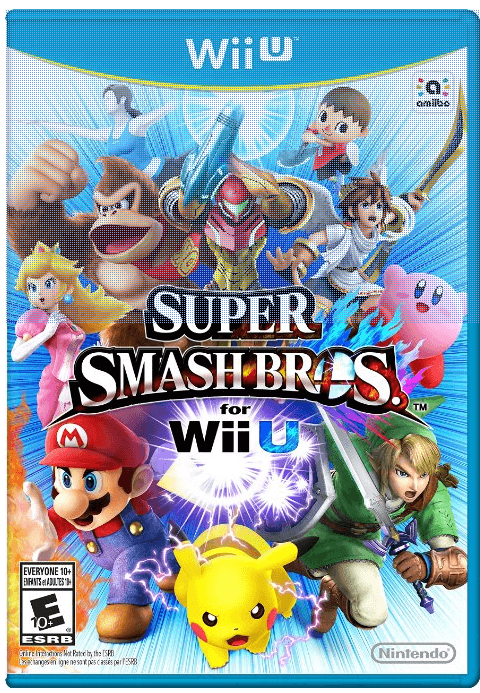 The new Super Smash Bros release is popular with Mario lovers everywhere. My kids haven’t stopped talking about it! In it, you’ll find the classic characters like Luigi, Princess Peach, Sonic the Hedgehog, Donkey Kong, Bowser, and Pac-Man.

But you’ll also find that other characters have been added to the game as well. There are even twelve special characters that can be unlocked. But you’ll have to play the game well to unlock these characters.

If you’re not familiar with Nintendo’s Super Smash Bros, this video game is all about the fighting. Characters battle each other to see who the winner is. You can choose to play as a variety of characters and challenge your friends to a fight to see whose character is tougher.

Previous versions of the game only had room for four players at a time, but this release allows you to play with up to eight characters. There are even special stages that you can access only when you’re playing with eight players.

The game is free of gore and carries a rating of E 10+ – which means the game is suitable for everyone ten years old and older. The game is only rated this way due to cartoon violence and mild mischief.

Kids younger than ten can still play if parents approve, and many will find it enjoyable. There are different ways that you can battle your opponents so that it never feels like you’re playing the same game.

The most popular way to play is through the timed fight. When the timer runs out, the player who has the highest score will be named the winner. If a match ends in a draw, the game will automatically shift into a sudden death match.

Another popular game play mode is stock fight. In a stock fight, both players have several lives. They will fight until one player has no lives left. This makes the game last longer than the timed mode, but the stock fight can be a more satisfying way to beat your opponent.

With the Super Smash Bros game, you’ll be able to perform moves like jumping and running. But you’ll also be able to attack and guard yourself. The Guard button brings up a shield that helps you protect your character.

With the attack button, you can choose between a neutral attack or a dash attack. Both can be helpful in defeating the other challenger. If you want to practice in fighting mode, you can opt to play against AI opponents.

These artificial intelligence opponents are equivalent to playing against the computer. You can adjust how well your AI opponent fights. This can be helpful when you’re just learning the fundamentals and are getting used to the basic movements.

Once you’re more advanced, you can make your AI opponent tougher and harder to beat in order to keep challenging yourself. Another exciting feature of the newest Super Smash Bros game is the ability to play with multiple opponents.

Have you played Super Smash Bros yet? Tell me about your experience in the comments below.